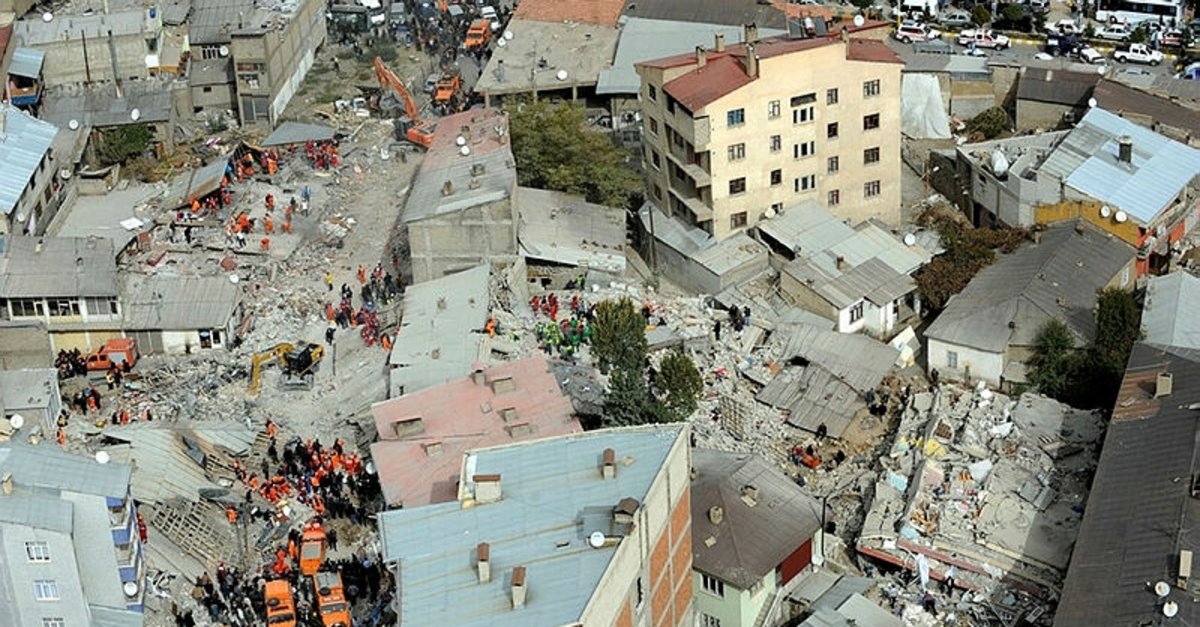 The 2011 Van-Erciş earthquakes and their catastrophic repercussions activated and mobilized numerous national and international institutions. The Ministry of Family and Social Policies (MoFSP), who holds the main responsibility for psychosocial support, implemented several intervention programs in collaboration with UNICEF in order to enable survivors of the earthquake to return, to a certain degree, to their normal lives. Considering the impact of disasters on individuals and communities, the need for the development and implementation of standardized psychosocial intervention models, that specifically fit the culture of the area, becomes apparent. To highlight the importance of such an approach, this evaluation study was conducted using quantitative and qualitative research. This particular research was meant to: a) maintain accountability to stakeholders (the MoFSP, UNICEF, the Disaster and Emergency Management Presidency (AFAD) and other relevant institutions as well as the victims of the Van-Erciş earthquakes); b) provide information to develop and improve programming in subsequent phases of implementation; c) identify any unintended negative consequences and deficiencies of programming; and d) help develop a more effective evidence base for psychosocial programming in other situations and settings. Thus, the current evaluation study was launched by UNICEF to evaluate the actual impact of the psychosocial response activities implemented by MoFSP personnel and the effectiveness of the training given to the ministry personnel by UNICEF in accordance with United Nations (UN) evaluation standards. The evaluation study was carried out by UDA Consulting in close cooperation with the Middle East Technical University Disaster Management Centre (METU DMC). During the evaluation, the evaluation team constantly collaborated with the main stakeholders: the MoFSP, the Ministry of National Education (MoNE), AFAD, the Ministry of Health (MoH) and Turkish Red Crescent. The Evaluation Team, which includes highly experienced professionals and academics, developed a method to reach not only the decision makers (who were significant actors in the planning, implementation and evaluation phases) but also the implementers and beneficiaries (who were key figures in the implementation and evaluation phases). Within the scope of the field work conducted, two main target groups were reached: 1. Service Users and 2. Service Providers. Service Users are defined as households, women and children who had been living in Van and Erciş during the earthquakes. Service Providers, on the other hand, consist of local workers, MoFSP personnel and those employed by national and international NGOs. The methodology and sample size were determined after an extensive desk review by the project team. The qualitative and quantitative methods were applied at the same time and all target groups were reached by carrying out online surveys, household questionnaires, in-depth interviews and focus group interviews. During the evaluation, specific attention was paid to vulnerable groups, particularly to children and women (for example, different sets of data collection modules were developed) in line with the Convention on the Rights of the Child, the Core Commitments for Children in Humanitarian Actions, and the Convention on the Elimination of Discrimination against Women. Since psychosocial support activities for vulnerable groups with a high risk of disaster vulnerability (women, children, elderly, disabled and chronically ill persons) are undoubtedly significant in post-disaster recovery interventions, the evaluation sample was designed to correspond to the level of their representation within the households affected by the earthquakes. A comparison of socio-demographic statistics from the Turkish Statistical Institute (TurkStat) and the socio-demographic distribution of the evaluation sample indicates a substantial data parallelism. Given these similarities, the quantitative data collected from Van and Erciş can be said to reflect the general characteristics of the population. However, it is also necessary to mention that the evaluation study had some limitations. First, the evaluation was conducted three years after the earthquake happened. Second, as a natural result of a post-disaster intervention, multiple national and international agencies were implementing psychosocial support programs at the same time. As a result, the cumulative impact of all the organizations’ programs was evaluated, as it was not possible to measure the impact of each individual organization. Finally, given that there was no baseline data, the evaluation results were only based on the situation after the implementation of the psychosocial support programs.
The data collection period was approximately one month. During this period:

• A household survey was conducted with 2235 persons.

• A total of 49 ministry staff who were involved in the psychosocial programs were interviewed.

• In-depth interviews were conducted with: 30 women who moved to outside of Van and Erciş; 30 local; and 11 local decision making authorities.

• Focus group meetings were organized with children and representatives of the NGOs.

Both the qualitative and quantitative data collected were analyzed in line with the evaluation criteria of UNICEF. During the analysis, in addition to the descriptive statistical methods, crosstab, T-test and ANOVA techniques were used.

Below are the major findings of the evaluation of the psychosocial support programs following the Van-Erciş earthquakes:

• The intervention made during the acute phase was effective and had a positive impact on mitigating potential psychosocial problems.

• The lack of coordination between governmental institutions had a negative impact on the sustainability of the support services. Inter-institutional coordination problems and confusion on roles and responsibilities among the relevant institutions limited the impact of the psychosocial support programs.

• The major aid organizations, especially the local ones, did not have sufficient human resources to provide post-earthquake psychosocial support services in Van. In addition to this, local authorities in Van and Erciş did not participate in the psychosocial response sufficiently, since they were also victims of the disaster, and this caused serious limitations to the support programs. Furthermore, ministry staff who took part in the psychosocial support programs had difficulties adapting to the culture of the region. This also had negative repercussions on the efficiency of the outcomes of the support programs.

• Individuals who temporarily relocated to other provinces, with the help of institutions or by their own means, had some difficulties in meeting their needs. In addition, the relocation itself had a negative impact on their psychosocial recovery. It has been found that the strength of family ties in the community has a significant role in enabling the community to restore psychosocial well-being through moral support. Therefore, relocation to other provinces, even though it was temporary, resulted in negative effects such as: deprivation of family members; disruption of normal life; anxiety; and difficulties with cultural adaptation.

Below are the recommendations drawn in order to avoid possible problems in future post-disaster intervention programs:

• Since the local psychosocial support personnel are likely themselves to be earthquake victims, the MoFSP should organize primary interventions with educated and experienced personnel from cities close by in order to overcome adaptation and organizational personnel problems.

• A monitoring and evaluation system for psychosocial support activities should be set up under the coordination of the MoFSP and implemented in a timely manner. It should be in accordance with universal human rights and equality principles of postdisaster psychosocial intervention.