Poverty, Forest Dependence and Migration in the Forest Communities of Turkey 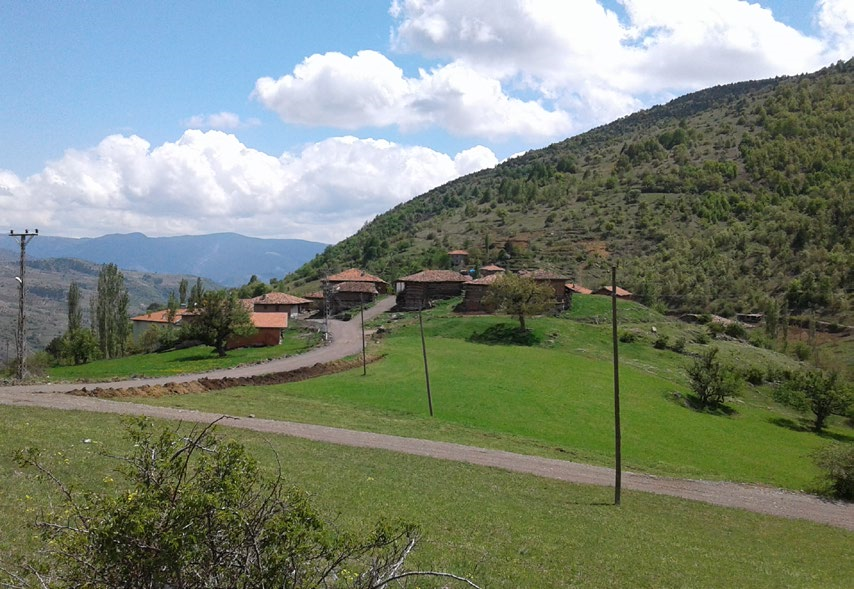 Poverty, Forest Dependence and Migration in the Forest Communities of Turkey

This paper is part of an ongoing collaboration between the World Bank and the General Directorate of Forestry (GDF) in Turkey. In 2013, the GDF requested that the Bank help update their 5-year Forest Sector Strategy (2017-2021), and together they developed a Forest Policy Note (FPN) which provided a comprehensive overview of the Forestry Sector; an in-depth analysis identifying areas in which the sector could adopt international best practices in sustainable forestry management. As part of that analysis, a survey was also undertaken to better understand the socioeconomic dimensions of forest villages, their forest dependency and the constraints to income growth in these rural areas. This paper is a complementary document to the FPN, and summarizes the findings of the socioeconomic survey of forest villages and identifies several potential policy directions to improve the livelihoods of forest villagers.

Turkey’s forests are an important asset both domestically and internationally.

Turkey’s forests, covering about 28.6% of land area and accounting for 13% of the total forest coverage in the European Union (EU), represent an extremely important asset in both the domestic and international context. State owned forests (99.9% of all forests) generate over $225 million in harvesting revenue annually and possess a rich diversity of non-wood forest products (NWFPs), largely unexploited, with great export potential to EU countries. Turkey’s forests play a critical role in conserving biodiversity, mitigating the adverse consequences of climate change, and supporting the livelihoods of over 7 million forest villagers (representing about 40% of the rural population). Forest villagers also represent a significant proportion of Turkey’s rural poor. The policies and goals of the General Directorate of Forestry (GDF) reflect the Government’s commitment to sustainable forest management and poverty alleviation. The General Directorate of Forest (GDF), the key forestry governing body, developed a Forest Strategic Plan (FSP) (2017-2021), which determined an overall vision with four main objectives. These include: (1) protecting the forests and biodiversity against biotic and abiotic pests, (2) developing and expanding the existing forests and increasing forest harvesting efficiency, (3) meeting the public’s evolving expectations for forest goods and services and (4) ensuring the institutional development needed to provide sustainable forest management. The FSP also contains a number of sub-objectives to strengthen the outcomes of the 4 main objectives, notably the continued support of raising the standards of living for forest villagers. More specifically, they have directed their policies and programs towards: (1) improving the living standards of forest villagers by creating better paid employment opportunities, and (2) modernizing the forest sector by upgrading forest information systems, equipment, and also human capital through skills development and training. Generating higher return forest employment, and investing in a skilled productive labor force, will have the dual effect of improving livelihoods and sustainable forest use and management. To implement the entire FSP 2017-2021, the GDF has notionally allocated over $US 10 billion over this timeframe to achieve these objectives, with over $283 million in forest villager support, including the goal of creating more than 5,000 new forest-related employment opportunities.
Sustainable forest management and poverty alleviation are twin goals embodied in the Constitution and Forest Law.

The government’s forest development policies prioritize the sustainable management of forests, in conjunction with anti-poverty measures among forest dwelling communities. These policies are reinforced through the Forest Law and the Constitution. Two articles (169 and 170) in the Constitution are directly related to the overall management and development of Turkey’s forest resource. Article 169 focuses on the protection of state forests, and Article 170 mandates the necessity for effective co-operation between the state and inhabitants of forest villages through appropriate measures designed to improve their living conditions. The approach is based on the understanding that if the livelihoods of villagers can be supported and more income opportunities provided, relations between villagers and the sector would promote more efficient protection of forests and better living standards for forest-dependent communities. Under the Forest Law, forest villagers are also given preferential treatment. Under Article 40, villagers have a right to employment in the harvesting, thinning, afforestation, maintenance and transportation activities undertaken by the GDF.

The livelihoods of forest villagers are also supported through a specialized grant/loan program administered by the Forest and Village Relations Department (ORKOY) within the GDF.

The purpose of ORKOY is to contribute to the protection, development and attainment of forest production targets by supporting the socio-economic development of forest villagers through the operation of a grant and soft-loan program. It is intended to contribute to sustainable forest management and reduce the negative pressure on forests. ORKOY’s main activity is the soft loan/grant program for both individuals and cooperatives. In 2017, ORKOY’s total budget was 150 million TL ($US50 million) – with 120 million allocated to loans/credits and 30 million to grants. Individuals may apply for credits and grants for social (i.e. home energy efficiency measures) and economic (i.e. income generating) purposes. Loans and grants are also offered to established cooperatives within villages. In 2014, ORKOY provided support to over 12,500 families and 23 cooperatives.

The government and its development partners, including the World Bank and EU, have recognized the challenges posed by (1) low productivity of the forest sector due to inadequate investments in forest management technology and the skills of the local labor force, and (2) the rapidly declining and ageing population in forest villages due to migration resulting from high poverty and a lack of employment opportunities. Over the past 35 years, the forest villager population has fallen from 18 million to about 7.1 million, as of 2014, mostly due to net out-migration to urban areas as people seek employment and better opportunities. Since forest villagers constitute GDF’s harvesting labor, managing the forests with a vanishing labor force is becoming increasingly difficult. Migration will continue to be a growing concern as long as the harvesting model relies on mostly lowskilled, low-paid, manual labor with low returns.
The Socio-Economic Household Survey of Forest Villagers (SEHS), conducted by the GDF and the World Bank in 2016, was launched to provide further insights on the livelihoods of forest-dependent households.

This new data source collects important information on the socio-economic conditions of forest village populations, income generating opportunities, forest use and management practices, migration and activities of forest development programs and cooperatives. The analysis highlights the main challenges (summarized below) to improving villager livelihoods and forest management and provides much needed evidence for informing the design and implementation of forest community development programs.

Poorer forest-village households appear to be held back by their high forest-dependency and lack of income diversification. In certain contexts, forest dependency can result in a poverty trap, and this currently appears to be the case in Turkey. Forest dependency is reinforcing poverty in forest village households because of the low-returns to forest-related activities; a result of low value-added forest product sales (and prices) and low-skill, forest-related employment. Limited income diversification opportunities, as found in the SEHS, further traps these poor households in a cycle of generating lowvalue forest income. Forest income constitutes the largest share of income among the poorest households, with the lowest returns. It is 28% of a poor household’s income, compared to 8% of total income for non-poor households. Not only is average gross income the lowest at 2,158 Turkish Lira (TL) ($US 617), but income disparity exists even within participating households as highlighted by the difference in the median gross income which is only 400 TL ($US 114). Approximately a quarter of poor households receive income only from forests, compared to 2% of non-poor households. Non-poor households diversify more, and in higherreturn activities. Most often, these households supplement forest income with income from livestock, agriculture, and pensions. Agricultural income has the highest returns among all sources, averaging 28,700 TL ($US 8,200) across households. This is even greater than the average household income in the sample, but used more by nonpoor households (18%) than poor ones (8%). It is interesting to note that pensions represent the largest share of income among non-poor households (constituting 44% of household income on average) which provides evidence for an ageing demographic and a heavy reliance on cash transfers. Moreover, 8% of these households use pensions as their only source of income. This is not surprising since the average pension is approximately 15,500 TL ($US 4,429), almost 60% of average household income.

Growing out-migration is most prevalent among forest-dependent households, which poses a threat to the GDF’s current forest management model owing to its reliance on forest village labor supply. Although migration reduces the pressure on forests, the costs of insufficient forest management will be higher in the long run. An improved forest management model that improves the sustainability of forest-use among villages and directs forest collection and services towards more profitable opportunities will ensure both a thriving community and forest. Migration rates show no sign of slowing down. Economic migration is a pathway out of poverty among forest village households, and its prevalence is on the rise. In the SEHS, 13% of households claimed at least one migrant during the past 5 years, a number 2% higher than the 5-year period from (2005-2010), indicating an upward trend in migration. Moreover, a fifth of households (19%) with permanent migrants have no prime working-age members left at home. A more in-depth analysis reveals the potential of three policy levers that influence migration: membership in forest-related cooperatives and associations, forestdependency and income diversification to have the most significant effects on the household’s migration decision. Forest cooperative membership and income diversification reduce the probability to migrate, whereas forest-dependency increases it. Since previous findings highlighted that the poor are more forest dependent and diversify less, we can conclude that poor households are more likely to migrate. A policy simulation to estimate the benefits of cooperatives found that in the hypothetical case of full membership across all households, migration would decrease by 19% (i.e. almost 500,000 fewer people would migrate).

Policy simulations reveal that poor households benefit more disproportionately from access to productive assets and cash transfers (such as pensions and remittances). Results from using SEHS data show that one of major differences between the poor and nonpoor households is access to pensions. Based on median income by source, pensions are ranked as the second most important source of income (non-forest wage is ranked first), and its security and stability indicates that pension income serves as a safety net to reduce income vulnerability. Access to productive assets was also found to be an important factor in generating higher income. Three policy simulations were conducted by 1) targeting ORKOY credit programs to households that currently do not have key productive assets, such as trucks and tractors, 2) providing basic income support to households that do not receive pensions, and 3) a combination of both interventions. Simulations were conducted by assuming that all villagers were provided these types of support. The analysis explored the impact these interventions had on income and the poverty rate While the first policy (1) generates a much larger overall reduction in the poverty rate (30%), the increase is smaller across the income distribution; with the poorest seeing a >40% income increase, while the richest see only a 26% increase in income. In contrast, the second policy (2) is less effective in reducing overall poverty (12% reduction in poverty rate) but it is highly progressive. The poorest saw the largest increase in income (113%) while the richest gain only about 1% in income. The implementation of these two programs combined is estimated to halve the poverty rate among forest villagers (54% reduction), which suggests that the two programs are tremendously complementary.